“[We’re up against] this wave of technology and development and corporate interests taking over all of the Bay Area…  The displacement and homelessness crisis is at emergency levels.” – Jessamyn Sabbag, Executive Director, Oakland Rising

We are Bay Rising, a growing alliance of community-led organizations across the Bay Area. We are the only regional civic engagement organization that organizes with working-class people and people of color as voters in the Bay Area year-round.

We believe that our journey towards racial, economic, and environmental justice is a journey for political power.

We know this in our bones because political power is about who represents us and the rules that govern us – it’s about our future. We all have the right to decide on our future, no matter who we are, what we look like, or what’s in our wallets.

Every day, we organize so that we’ll have what it takes to shift the power back to our communities and become co-creators of our future alongside our elected officials.

We will always empower the people who are most marginalized in our Bay Area communities to lead the way for government that centers racial, economic and environmental justice.

And you can too. It’s as simple as coming to one of our trainings, joining Bay Rising as an affiliate, sharing our work, or partnering with us to make this all possible. 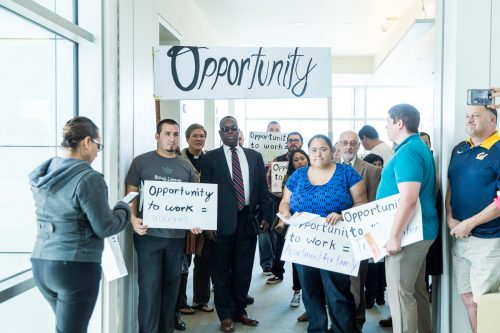 What Bay Rising Does

“When we were first dreaming about Bay Rising, we thought, ‘Wouldn’t it be amazing if there was a regional formation of grassroots organizations representing the most impacted communities in the Bay, who did kick-ass base-building, who did kick-ass civic engagement work, and they could be connected and coordinated to have regional political impact.’” – NTanya Lee, founding member of SF Rising

Bay Rising provides a space for leaders rooted in our communities to develop a shared regional analysis and strategy for healthy, vibrant neighborhoods for all. We create regional voter guides, integrate arts and cultural strategy into our organizing, and conduct voter engagement experiments. Bay Rising also trains staff and leaders at member-based organizations around the Bay Area to run electoral campaigns, build relationships across the region to support each other, develop and integrate communications strategy, and manage sustainable organizations. 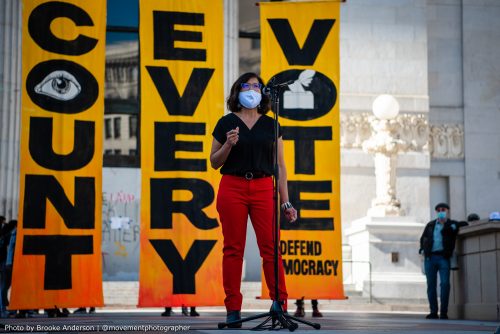 What the Risings Have Won

In 2016, the three networks that make up Bay Rising ran the largest field campaigns in each of their cities—Oakland, San Francisco and San Jose—reaching 187,000 voters. The Risings have been critical to winning the following victories:

The Right to Stay in Our Homes

Expanding Sanctuary from Criminalization and Opportunity for Formerly Incarcerated People

Justice for Young People and Families through Progressive Tax Policy

As we build the power of communities of color in the region, we also support groups in surrounding counties to build their own voter organizing (integrated voter engagement) capacity and alliances. 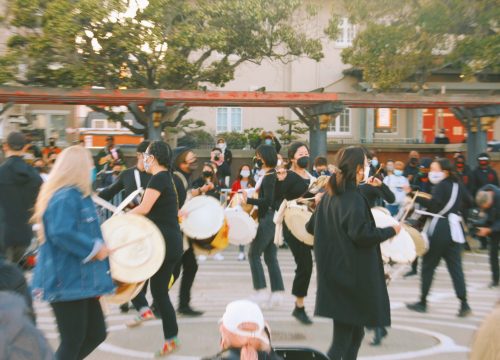 “The things that we fight for day to day are bread-and-butter issues. But, we’re also looking at the bigger picture of what kind of world do we want to live in; what does it mean to go from organizer to decision-maker on a larger scale; what does it mean to stay in relationship to one another. Those are all critical lessons that I think the country could really benefit from right now.” – Alicia Garza, founding member of SF Rising, Black Lives Matter

Our long-term plans for building community control and political power of Bay Area communities of color include: