As a movie fanatic, I finally encountered a movie–Black Panther–that validates some of my thoughts as a Black individual in the U.S.

While some enjoy movies focused on the brutalities of slavery, I’ve grown frustrated with films like 12 Years a Slave and Amistad. Yes, these critically-acclaimed movies highlighted traumatic events that our ancestors faced, but what about telling the story of the time period when our ancestors were kings and queens? Can’t we have a movie that tells an inspiring story about when our ancestors were kings and queens? Slavery was not the beginning of our history, but the authors of grade schools’ history books and movie directors don’t seem to grasp that. So it was with gratification that I watched Black Panther which satisfied my desires and put to rest all of that frustration.

I, like others in the Black community, have chosen to fight against the modern systems of institutionalized racism in our country instead of choosing to turn a blind eye and be content.

While feeling so relatable, despite being fictional, Black Panther hit home for so many Black folks about what daily life is like for many in the U.S. Erik Killmonger, my favorite character of the movie, was the rival king who was Wakandan royalty by heritage but African American by abandonment. His father, a Wakandan spy sent to the US, was labeled a traitor for wanting to use Wakandan tech to uplift black folks in the US. Erik Killmonger grew up with the same intent, yet with hatred because his father was killed by his own brother (Killmonger’s uncle), leaving Killmonger abandoned in the U.S. Although his advocated method of building up Black power may be considered unethical because it called for violence when he could have taken an approach to unite Black folks and Wakandans instead of creating a war, he still raised some important points that deeply resonate with me. 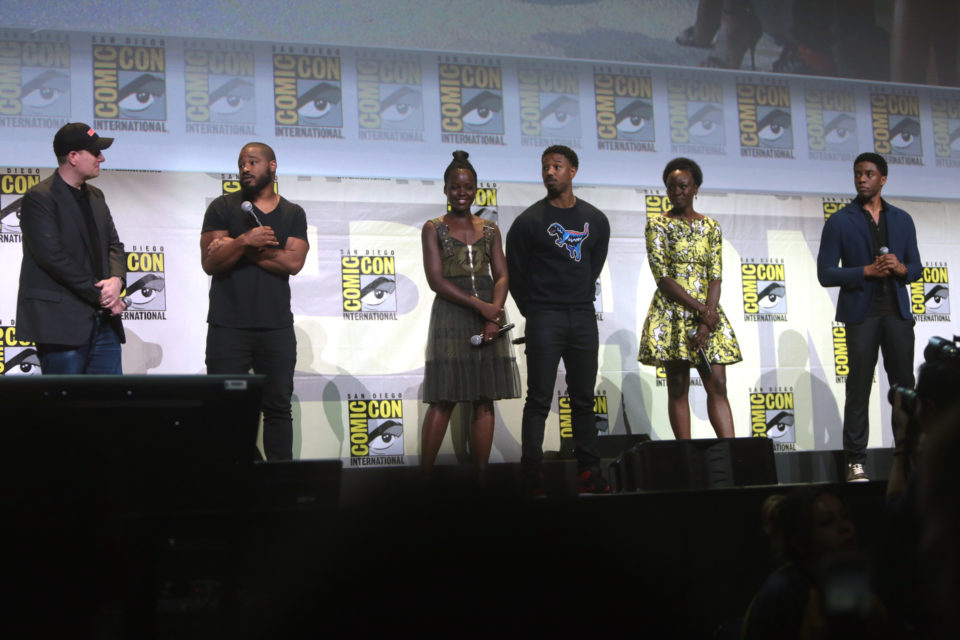 Community and electoral organizing is designed to change policies and to place the power into the hands of the people so that their issues are lifted up.

The first point pertains to reclaiming our culture as Black folks. While at the British Museum, in reference to an African artifact that Killmonger plans to steal/reclaim because it was not for sale, he states, “How do you think you got these? Do you think they paid a fair price? Or did they take it, like they take everything else?” While he addresses the need to reclaim our stolen artifacts from colonizers, there was a missed opportunity to take this a step further and have the character talk about reclaiming our culture. The scene would have carried more power if he added how exploitive and offensive cultural appropriation has always been–not only because our cultural practices and artifacts belong to us, but because many non-Black folks claim our culture yet do not respect our existence.

Another point which resonated with me spoke to the desire for many Black folks to take risks rather than be complacent with oppression. “Bury me in the ocean with my ancestors who jumped from the ships, because they knew death was better than bondage”: These were Killmonger’s last words, which made me feel a bit incomplete. Killmonger preferred to die instead of being healed because he knew Wakandans would keep him subjugated. Although I agreed with him, I, like others in the Black community, have chosen to fight against the modern systems of institutionalized racism in our country instead of choosing to turn a blind eye and be content.

Fighting oppression is the purpose of organizing. Community and electoral organizing is designed to change policies, push out people who don’t represent our core community values, and to place the power into the hands of the people so that their issues are lifted up. While Killmonger’s agenda was quite violent, his motive was to displace what was not representing his people and take the initiative to be the change. Just as we organizers know, Killmonger also knew that no one is going to make the changes for our people–we all need to step up. 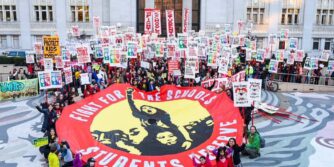 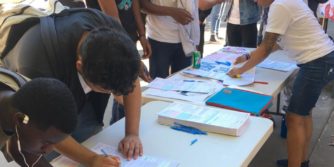 Mobilizing the Youth Vote in 2017 and Beyond