The 2018 and 2019 Elections Heralded Progress on the Diversity of Local Elected Officials, but Many Bay Area Counties and Cities Still Lag Behind

Today, the Bay Area Equity Atlas (BAEA) in partnership with Bay Rising released a comprehensive analysis of the race and gender makeup of top county and city elected officials in the nine-county Bay Area region. According to the Atlas’s Diversity of Electeds data, the majority of counties and cities in the Bay Area do not reflect the diversity of the communities they represent. While recent elections have ushered in new leaders, people of color—who comprise a majority in the Bay Area region—are severely
underrepresented. This lack of representation undermines equity, democracy, and belonging in the region since electeds from underrepresented communities bring crucial experience and wisdom to
policymaking and governance.

Key findings from the BAEA analysis include:

“While race and gender alone do not determine whether an elected official will support more just policies, representation matters for political power. Despite some progress, more work needs to be done to ensure equitable representation in local government in one of the nation’s most diverse regions,” said Ángel Ross of PolicyLink, one of the partner organizations behind the Bay Area Equity Atlas. “The Bay Area may have a reputation for being a flagbearer for the progressive movement, but the data shows that our region still lags behind on the diversity of its elected officials. To build a more equitable region, we need to ensure people of color can run for and win elected office.”

“It’s taking long-term organizing to show our communities that elections can shift the power back to them,” said Kimi Lee, director of Bay Rising. “We’re doing this by training and having face-to-face conversations with hundreds of thousands of working-class people and people of color across the Bay Area, while passing local policies that level the playing field for regular people in politics.”

“We’ve seen a flood of corporate money in Bay Area elections over the past ten years. In San Francisco alone, corporate donors representing the interests of real estate and tech companies have spent millions of dollars on local elections, making it harder for grassroots candidates of color to run strong campaigns,” said Emily Lee, director of San Francisco Rising. “We still need stronger public finance to support regular people to run for office without having to bend over backwards for large donors.”

The report shares several recommendations for how the Bay Area can make progress on political representation, including:

The Bay Area Equity Atlas is a comprehensive data support system to track the state of equity across the region and equip community leaders with data to inform solutions for inclusive prosperity. The Atlas is produced by the San Francisco Foundation, PolicyLink, and the USC Program for Environmental and Regional Equity (PERE).

To examine how well the Bay Area’s top elected officials represent the diversity of the region’s population, the Bay Area Equity Atlas team assembled a unique dataset on the race/ethnicity and gender of the mayors and councilmembers of the region’s 101 municipalities and the county supervisors and district attorneys for the region’s nine counties. Our dataset captures the composition of elected officials at three points in time to include the results of the November 2017, 2018, and 2019 elections. Using the May 2018 list of elected officials provided by GovBuddy, we identified the race and gender of the elected officials via web-based research. We then sent the information to the elected officials via email and mail, providing them with multiple opportunities to correct the data. We updated this list using a July 2019 GovBuddy list and elected officials after the November 2019 elections were identified based on the last month and year of the elected position’s term. This methodology enables the collection of broad
racial/ethnic and gender categories, but not detailed ones (e.g. specific Asian or Pacific Islander subgroups, non-binary gender identification). See our full methodology here. 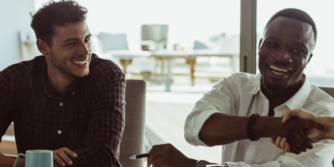 Despite Progress Since 2018, Bay Area Diversity Not Reflected Among Top Local Electeds