“Fair Elections is the way to bring much-needed accountability to local government and make it possible for all Oaklanders to support candidates who will best represent them, no matter what neighborhood they live in, the color of their skin, or how much money they make. This year, Oakland has an opportunity to stand up to big money and special interests, building a local government that works for all of us,” says Jonathan Mehta Stein, Executive Director of California Common Cause.

The Oakland Fair Elections Act creates more transparency about who funds local elections, and equips every Oaklander with the resources to support community-based candidates and hold their elected leaders accountable. If passed, this measure will:

“Oaklanders deserve a local government where our representatives represent all of us — where candidates and elected officials can focus on what our communities need, not what big-money donors and special interests want. If we want to see change on issues like affordable housing, community safety, and quality schools, we need more transparency about the outside groups that are spending millions to influence our elections and we need a more responsive city government,” says liz suk, Executive Director, Oakland Rising. 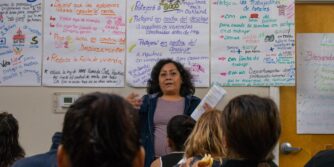